Balancing Just Culture and Accountability – How do you make it fair? 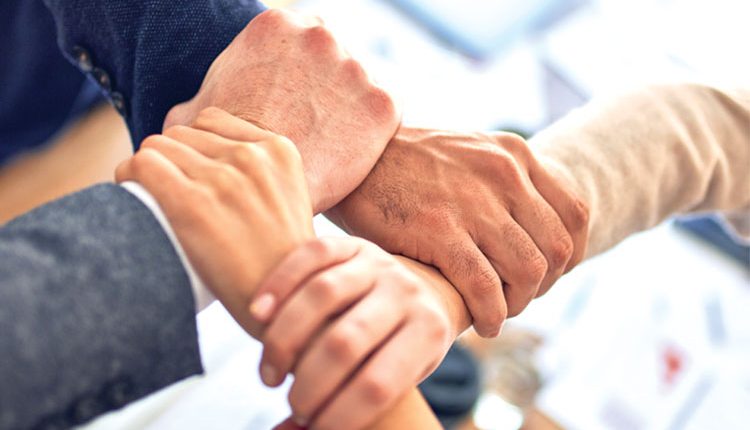 “This subject”, Larry says at the beginning of the Middle East, India and Asia expert panel, “is very near and dear to my heart. We all make mistakes – we’re human – so we don’t want to blame people for every single slip, but we also don’t want to live in a world where no one is accountable for their safety”. This begs the question: how do you find a balance between the two? And how do you make it fair? To help overcome the challenge of doing all this, many companies have adopted “lifesaving” or “golden” rules that have a zero-tolerance component to them. Therefore, in this series of expert panel discussions, Larry investigated whether some of the leading experts have adopted this kind of policy, how it worked, and (as we will discover) what more needs to be done.

Beginning first with the lifesaving rules, Larry asks the panelists whether this type of policy is in place at their companies. Whether they be called “lifesaving”, “golden”, or “cardinal” rules, all of the panelists had something of the sort. Ian Thorpe (Vice President, Health and Safety – HPCL Mittal Energy Limited)  shares that he is a big believer in these types of rules. The first project his company worked on was a $4 billion project to build an oil refinery in Bathinda, India. “We firstly instituted a zero-tolerance program [with respect to the lifesaving rules], and that was needed at the time – we got good results and a reduction in injuries”, he shares. “This ‘big stick’ will get you a good level of safety, but it won’t get you a great level of safety”. The problem that Ian – along with many other panelists – has with a zero-tolerance approach is that oftentimes the blame does not fall where it should. “It’s not always [the workers] fault”, says Dr. Praveena Dorathi (Head EHS – JLL West Asia), “it’s often the fault of the systems”.

“It could be built into the process of a fault in the system… and at the end of the day if we don’t do anything they’re going to continue to happen because of complacency and habits.”

In other words, you need to understand why a worker may have broken a rule if you want to prevent it from happening again. To this end, Arun Subramanian (Head HSE – Coromandel) explains that human failure may be in error or in violation. “Error”, he elaborates, “is an unintentional deviation from safety practices. Violation is something that is intentional. This is where you have to bring in the cardinal rules and see if it’s a routine violation, a situational violation, or an exceptional violation”. David Bianco (Global SafeStart Program Manager – Epiroc) differentiates these errors similarly, categorizing them by “overt, covert, or just human”. Effectively, this is the basis upon which the consequence should be derived, rather than superficially assigning blame. “You have to cure the disease, not just the symptoms”, says Ian. But, “there needs to be more dialogue in terms of understanding what drives of overt or covert behaviour that occurs”, says David, “it could be built into the process of a fault in the system… and at the end of the day if we don’t do anything they’re going to continue to happen because of complacency and habits”. Therefore, as Alex Carnevale (President – Dynacast) suggests, “a pure zero-tolerance policy is actually the easy way out as a leader – the hard work is making a rational, consistent, fact-based decision in a way that brings coherency to the organization”.

In fact, consistency and coherency emerged as two common themes in all of the panel discussions. Peter Batrowny (previously Corporate HSE Director – AES), drawing from his experience in the military, explains that “you have to be very clear about what the expectations are, that’s something that organizations aren’t always good at”. “We may come up with golden rules but are those golden rules very clear?”, he asks. Ambiguous language can cause a lot of problems. As can “hidden rules”. To illustrate, Peter gives the example of a worker who fixes a jam in a machine without following proper LOTO procedure in order to keep the line moving. If nobody got hurt, then in many cases the worker might not only get away with it but may even be praised for taking that risk, or the entire shift might be praised for breaking a production record. “That becomes a kind of informal reward”, he says, “but if someone gets hurt [doing that] then we start talking about blame, and that’s the kind of inconsistency that makes ‘being fair’ very difficult”. Larry agrees, and cites an example at a sawmill where he experienced or witnessed this happening. “They had a zero-tolerance policy on lockout. And I remember the supervisor just looking at me saying, ‘can’t it wait? We’re working on a record day”. As Alex says, “if it’s happening and as leaders, and we don’t correct it, then we’ve sanctioned that behaviour – we’ve signed off on it happening again whether we think we have or not”.

“But if someone gets hurt [doing that] then we start talking about blame, and that’s the kind of inconsistency that makes ‘being fair’ very difficult.”

Beyond making sure the rules are known, the panelists also iterate the importance of letting everyone know why they are there. “You can tell people about the rules but if someone really understands the ‘why’, then it starts to become coherent and consistent” says Alex. Larry agrees. “I think a bit of the importance of the why gets forgotten or somehow becomes less prominent than the discipline aspect  – people want to know the consequences and get that clear as opposed to the ‘why’ and sticking that in their head, like how important it is not to walk between rail cars, LOTO, confined space entry… for all of those lifesaving things the ‘why’ behind them is more important than the discipline that will happen after”. So, if you are going to implement lifesaving rules (which all of the panelists do recommend doing) it is paramount that in doing so you communicate the underlying importance of them in order to create the necessary clarity on what the expectations are and why.

However, communicating this might be easier said than done. Dr. Praveena shares that a big challenge for her is reaching their highly decentralized workforce. She elaborates that the right communication channel for one group you are trying to reach may not be the same for all of them. Ian also expressed this sentiment, sharing that one of the big learnings for him was that “it’s not just one culture – each culture needs a different method to tackle it”. For example, his company has its own employees, regular contractors, and then project contractors. He explains that this last group might require more of a “big stick approach”, but, “rewarding the positive is much better than the big stick”. He continues, saying that “by using incentives and rewards, you can figure out what ‘good’ looks like and show that to the contractors because sometimes they just don’t know”. Or, as Arun puts it, model the behaviour in your employees that you want to see in the contractors. “When your own employees don’t follow procedures”, he says, “you can’t expect the contractors to… so first set the example within the house and get the contractors to follow suit”.

In the end, it all comes down to building trust throughout the organization – from top management to workers on the shop floor. To quote David, “you narrow it down to ‘if you do the right thing, we’ll do the right thing’”. As Alex says, accountability can be considered as a manager forcing people to stick to the rules. But it can also be “people being accountable to themselves, the business, and each other – that’s a true value and that ultimately gets you to a much better place”, he says. Moreover, it’s not just leadership’s job to make sure the rules are followed – it’s leadership’s job to make sure that there is clarity on the expectations, that the expectations are in line with the organization’s values, and that there are functional feedback channels and measurement systems. To put it concisely: consistently, coherency, and communication. “If all of that is in place”, says Alex, “then the accountability should flow”.

Excellent Safety = Excellent Business – yes, but is it cause or (just) correlation?

The heritage of excellence, Firefly

Hochiki comes top of class at two educational settings in…