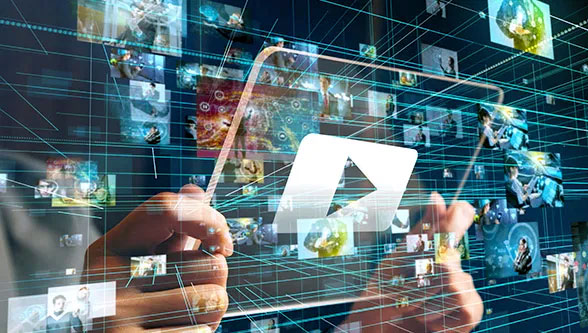 Video analytics-based surveillance cameras are increasingly being deployed to check traffic violations throughout the country. Can these systems also help in improving national security landscape?

As a prudent measure to accommodate the large-scale rural- to-urban migration within our country, India must be patted on its back to have launched ‘Smart Cities Mission’ way back in 2015. But what value does it add to our nation?

Well, according to an estimate, about 25 to 30 people migrate every minute from rural geographies to cities while aspiring for a better lifestyle and livelihood. At this pace, our urban population is expected to grow to about 600 million by 2030 from around 450 million as of now.

This is when the cracks could already be seen in our urban infrastructure with everything from traffic jams and drainage-related problems to even smog becoming frequent nuisances.

Another challenge that comes up due to large scale migration is that it dramatically increases the crime rate. For instance, Delhi itself had about 54,287 criminal cases registered under IPC in 2012 as per the crime statistics made available by the Delhi Police. By 2014, this figure skyrocketed to 155,654 cases and further to 209,519 by the end of 2016.

As of November 15th this year, 263,027 cases have already been registered in Delhi and continue to steadily increase. This paints a picture of the grand scheme of things for us. And, remember, this is just the case of our national capital.

We can only imagine how the security scenario of other cities is. So, as the advanced surveillance systems are being deployed to check traffic violations throughout the country, can such a measure also be taken to improve our national security landscape? Surely, it can be. Let us try and find out how. Leveraging AI and video analytics to change the grand scheme of things for holistic national security

Today, technology is empowering us to achieve what we couldn’t have before. For example, Artificial Intelligence is currently being leveraged to recommend us products, automate repetitive processes, and even tag relevant people on our social media posts. Similarly, it can also add considerable value to across-the-board security processes. But how?

One of the most ingenious solutions could already be seen in action throughout India. The government implemented its new motor vehicle act Motor Vehicles (Amendment) Act, 2019 nationwide on 1st September, 2019. e-Challans have been a crucial element of this act and are currently being issued via video-analytics- based surveillance cameras and smartphones ever since.

Over 38 lakh challans worth over Rs. 577 crores as fines have been issued in barely two months. While adding to the traffic department treasury, it has simultaneously decreased deaths due to road accidents by about 9%. All of this has been done by merely driving the compliance rate and preventing traffic violations.

It is crucial to note that India ranks 1st in road accident deaths across the globe, with just 2018 claiming about 1.5 lakh lives. This figure is expected to drop further as the road traffic compliance increases throughout the nation. But how can such a system enhance our national security?

Well, much like number plate detection, facial recognition could be used to identify absconding criminals and put them behind bars. Our national surveillance infrastructure can be integrated with the Aadhaar database or Police Records in order to do so.

Form instance, if a hardened burglar is spotted around some region, the individual security teams (including police, watchmen, and security officers) could be informed and asked to stay vigilant. Better still, the automated surveillance system can non-intrusively track the person’s location(to the very point it can) and alert only those residential complexes that are inmproximity.

Another scenario could be of a criminal gang’s movement and deployment of police force to tackle them. Today, AI- and video-analytics-based surveillance systems can detect anything from violence, theft, and other criminal offences to even the acts of aggression.

So, they can enable us to timely detect and respond to incidences. Such video feeds can also be used in the court of law as pieces of evidence to effectively put criminals behind the bars – ensuring that our modern cities remain as safe as they could be.

As our nation undergoes back-to-back reforms, advanced surveillance systems could be our answer to resolve the crime scenario. Perhaps, it can help change the grand scheme of things for us and make the ‘Rising India’ a bit safer as well – much like our roads are becoming at present.