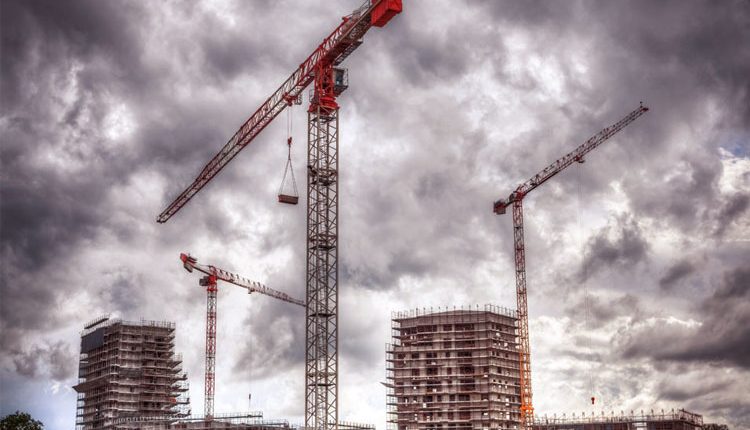 The construction industry is one of the largest in the world, both in terms of value and in terms of employment. On average, it employs more than 7 million people and builds more than $1.4 trillion worth of new structures every year. Despite, or perhaps because of, this massive size, construction is also one of the most dangerous industries to work in, accounting for one out of every five workplace fatalities in any given year.

New advances in technology, specifically in the realms of automation, are making strides in improving workplace safety in the construction industry. How does automation work to improve construction site safety?

The construction industry — and many other industries — is in the midst of a major labor shortage, a problem that has only been exacerbated by the COVID-19 pandemic. Between 2022 and 2024, the industry needs 2.2 million new hires to keep up with existing demands. Between aging employees reaching retirement, and the lack of new blood entering the workforce is putting additional strain on existing construction workers. This, over time, can lead to overwork, fatigue and related accidents or injuries in the workplace.

Automation, at least currently, is not a replacement for human workers, but it can take some of the load off the existing workforce, reducing the need for long hours that could put construction workers at risk. One of the biggest arguments against this sort of technology is that it is going to steal jobs from construction workers, but that couldn’t be further from the truth.

Instead of displacing new or existing workers, this sort of automation has the potential to keep people safe while improving productivity. The addition of technology to an industry that doesn’t traditionally adopt it can also entice new workers from the younger generations that have been steeped in such technology since very early in their life. Right now, only about 3% of young adults from Gen Z are interested in working in construction because it’s perceived as a physically demanding job.

Repetitive motion injuries, which are also referred to as repetitive stress injuries, are a growing problem in a great number of industries including construction. These injuries occur when an individual repeats the same motions over and over again for extended periods. A mason laying bricks, a carpenter nailing frames, or a worker moving soil or stone with a shovel could all be prone to this type of injury, especially in the long term. Career construction workers may be more prone to these injuries, and they only get worse with time if the individual doesn’t take steps to change their behavior or tasks.

According to the CDC, companies could save upwards of $20 billion in worker’s compensation claims every year by taking steps to prevent these injuries. Incorporating automation can do just that, taking over these repetitive or mundane tasks that could put workers at risk for injury. In addition to protecting your team, this also frees those employees up for other more specialized tasks, allow you you to bolster your team from within.

Even with modern safety protocols in place, there are a number of tasks on the average construction site that can be incredibly hazardous. Workers laying roofing or building high rises are often most at risk, with nearly 40% of related fatalities happening because of falls in 2017. Planting demolition charges puts everyone nearby at risk, regardless of the experience of the demolition team. Individuals working in sewer lines, ductwork or other cramped spaces could become trapped or encounter a dangerous low-oxygen environment.

While automation doesn’t eliminate the need for this specialized work, it can help to reduce the risk by replacing the human element in the most dangerous situations with an automated alternative. This could come in the form of aerial drones for inspections of partially-completed high rises, or in cameras and remote tools that allow engineers to work in cramped spaces without needing to enter them. This sort of automation could also be valuable as a way to speed up response times in the event that an accident or fatality does occur on the job site.

Even construction sites that haven’t begun to adopt automation and other technologies generate a massive amount of data every single day. Everything from time clock punches to the amount of time a piece of equipment sits idle can be used as a tool to help keep people safe on the job site, as long as it’s paired with a machine learning program.

Machine learning algorithms can sort through the massive amounts of data being generated on a daily basis, tracking predetermined criteria to find patterns that could indicate the potential for safety problems. With enough data and a well-constructed algorithm, these machine learning tools can even begin to predict these incidents before they occur. It’s not fortune-telling — rather, it’s simply being able to spot the patterns in existing data that human observers might otherwise miss.

Once these systems are in place, it’s easy to adapt them for other facets of life in the construction industry, such as tracking maintenance patterns and determining when a piece of equipment might begin to need maintenance or be prone to failure.

The construction industry is one that is often the slowest to adopt new technologies, but that doesn’t mean that it can’t benefit from them. Adding aspects of automation, even if the entire operation never goes fully automatic, can help to improve workplace safety while also preventing downtime, protecting employees, and even improving productivity.

Companies that haven’t already started adopting automation in their various forms have a perfect opportunity to begin reshaping the future of their companies before automation becomes a mandatory tool to keep up with an already ultra-competitive industry. Automation can be an invaluable tool for protecting employees on construction sites, but it also has a variety of applications that could help to reshape the construction industry moving into the future.

Emily Newton is the Editor-in-Chief of Revolutionized. She has over four years experience covering the industrial sector.