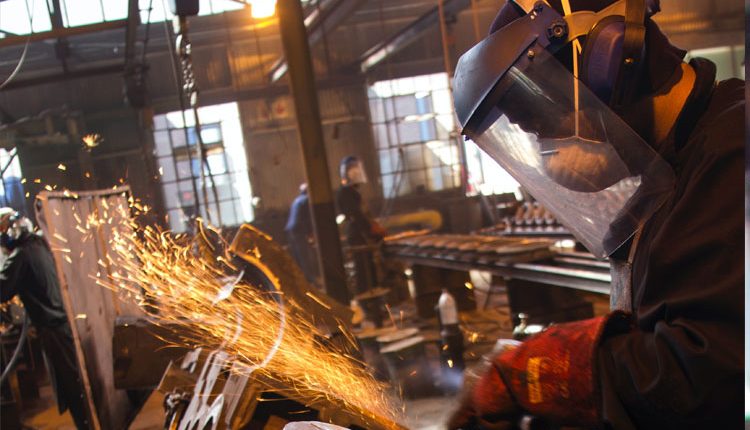 “I was doing it for production”… the age-old line… and so often the answer a worker gives when asked why they were rushing on the job. But more often than not, as Larry says during the expert panels, we aren’t rushing “for production”, we are rushing to make up for the time we lost due to a mistake – even if we’re not running late. So, while it is still common to find people who think that safety costs time and money but does not increase production or quality, it’s hard to argue that reducing human error wouldn’t increase those two things. In other cases, this is more or less true – putting a guard on a rotating sprocket doesn’t actually make it go any faster, but if that guard prevents an injury that would have resulted in lost time, then it will certainly be beneficial to production. Thus, high-reliability organizations have shifted away from being only production or quality oriented, and focus on more than just the hazards. They do this because they know that reducing human error will likely improve production, morale, and decrease customer complaints and quality problems. The question that remains now, is “how?”.

We drive this concept of safety, quality, and environment operations all [going] hand in hand. You cannot isolate them or their functions – It’s internally driven by organized programs by top management

To begin, L54arry asks the panelists what they feel in terms of the overall perception around production vs. safety, and if their folks still think the two are at odds with one another. Teg Matthews (Vice President – SafeStart), through conducting his round table focus groups, estimates that about 70% of the HSE professionals he’s talked to understand that they still struggle with production vs. safety but will openly talk about what they are doing to work on it, whereas about 20% still have a blind spot in which they don’t see any problem. The remaining 10% of individuals come from organizations where safety is genuinely built into the cultural system and thus there is no tension between the two. Similarly, Hector Salazar (Director EHS – Dragados Canada Ltd.) explains that with the field supervisors he works with in India, 75% feel they are wrestling or conflicted over what is more important between production and safety, or how to go about blending both. Keith Hole (Head of Health & Safety – London Lutton Airport) gives us a European perspective and suggests that “about 75% still need to take on [this] journey, 25% get it”. In other words, tension between production and safety appears to remain a real issue – all around the world.

With that being said, the panelists still note that there has been some significant progress in terms of integrating safety into all business processes, and recognizing its importance across the board. As Arun Subramanian (Associate Vice President & Head – HSE, Coromandel International Limited) says, “we drive this concept of safety, quality, environment, operations all [going] hand in hand. You cannot isolate them or their functions – it’s internally driven by organized programs by top management.” David Bianco (Global SafeStart Program Manager – Epiroc) agrees, sharing that “viewing safety as another ‘thing’, or a layer on top of everything you do is usually a problematic paradigm… it’s really about integrating”. He further explains that the technologies they use on the factory floor have visual management for putting the product together that include safety related considerations and human factors even, like “look for the line of fire”, or “this is a heavy object, you could get fatigued”. However, Teg explains that sometimes the emphasis on safety that senior management would like is not what’s heard on the front line. “We need to make sure the people on the front line understand – that’s the alignment and systems piece”, he says, “and that they have the skills to talk about safety, how it fits in, and that there is a system of communication within the organization that allows that to go both ways – up and down.”

But nevertheless, we cannot deny that culture change takes time. Arun explains that the new generation of individuals coming into the workforce present an opportunity to bridge this gap. “New employees are much smarter, if these programs can be driven to catch them at school level and colleges, you don’t just wait for industry to drive safety, environment, and quality but teach the students”, he says. Larry agrees, “especially for the habits”, he says, “if you learn good habits from the beginning you don’t need to unlearn them”. But, for an organization to go from production oriented to a balanced, safety focused culture, Ravindra Dhapola (Head Corporate SHE, CSR & Sustainability – Tata Coffee) expects it will probably take 5-10 years, with “top management as a critical catalyst”. This time frame was echoed by other Indian panelists, like Arun and Hari Kumar (Director Group EHS Assurance – Emirates National Oil Company)

But what about those who are working with contractors? Certainly, the challenge of getting the message of ‘safety as equally important’ to a transient workforce would only be magnified. As Hari says, “companies put effort into their organization but don’t have the same control over contractors”. He also says that for the last 6 years they have been engaging contractors on LSR, awareness, and stop cards, but ‘mindset’ is what they would still like to fine tune. At Coromandel, Arun also understands the challenge of working with many contractors. Yet, he believes that “if you can get a number of champions within the organization, you can ease out the challenges for transforming contractors”. Specifically, he explains that they kickstart a program for the contractors before they are engaged to help shift from production focus to safety. Then, the ‘champions’ follow up and monitor them in the field to encourage and guide them. Moreover, he says that all companies start with safety in their meetings – to communicate its importance and have that trickle down throughout the field. To quote Hari again, “every life is equal… culture change is not just your own employees but involves the contractors as well, they might not have the resources for transformation”.

The panelists also explain the importance of understanding production’s point of view, as well as creating reasonable projections and margins for error. Keith explains that in construction, often the procurement process (getting the contractors, setting up the project, etc.) can start to drift, and so people who aren’t even involved in the actual on the ground construction squeeze the construction time on site – and yet, the client still wants their project completed on time. “We need to educate the client and the people”, he says, and Larry agrees. “I think the part about the client is really key”, he says, “in order for this to work you have to explain the reality of humanity to the client. You don’t want the publicity of opening up your new business on the heels of a tragedy… and you don’t want the tragedy. So if something happens like an unforeseen delay either due to our fault negligence or circumstances of force majeure, we have to have an understanding that we mitigate the risk, we don’t just increase it”. To this end David explains that often when there is a delay we don’t use the ‘wait time’ productively. “There are a number of times we don’t have the part we need when we need it, but we know that when we get it and install it it will be out of sequence with what we normally do”, he says. “So taking that opportunity and deciding how we’re going to do it when the part actually comes in, as opposed to assuming ‘my guys know what they’re doing’” is key in his eyes. Moreover, he says that as collaboration between safety and production people gets stronger, “we get a better end result for the workers and for the company”.

So while it is still reality that production and safety sometimes butt heads, these panel discussions have shown that collaboration and integration of the two is what is going to achieve the optimal results for both parties. Safety can improve production, and production can assist safety. The two don’t need to be mutually exclusive, but it takes maturity to realize that human error is a problem, not just for safety but also for production, quality and customer service. And that it can be minimized significantly by improving the system and training the employees. However, this will take strong leadership, and good communication from top management down to the shop floor to make it work.