A majority of fire-related deaths are caused by smoke inhalation of the toxic gases produced by fires, as per Stanford Children’s Health, a US healthcare system exclusively dedicated to paediatric and obstetric care. Incidents of innumerable fire outbreaks have resulted in loss of human lives, infrastructure, and property. Many structures including residential buildings, factories, hospitals, shopping malls and theatres have witnessed the aftermath of fire outbreaks.
Fire hazards have become an area of concern for both developed and developing nations. According to a report from the International Association of Fire and Rescue Service, an average of 3.5 million fire incidents have been reported annually at the global level during the year of 2013 to 2017. The World Health Organisation (WHO) reported in 2016 that there are around 71 countries that have more than 300 deaths per year due to fire, heating, and hot substances.

Not just damaging invaluable properties, but fire outbreaks have also caused businesses to shut shop. The India Risk Survey (IRS) in 2018 declared fire outbreak as the third-largest threat to the business community. For instance, the losses incurred due to the Bagri Market Fire at Kolkata in September 2018 had been estimated to be around 20-25 crore rupees while hampering the livelihood of nearly 5,000 people. Reportedly, the fire broke out due to a short circuit on the first floor of the market building.

Since there is a greater demand for electrical equipment and machinery in urban areas, its excessive use leads to higher chances of faulty electric connections and gadget failures amplify the risk further. Electric wiring is a crucial part of the fire protection systems and therefore, it must work reliably for a given time as it has been observed that cables are in the first place among the causes of fire.

In case of a fire outbreak wherein cabling systems are damaged, even the most advanced alarm and emergency fire evacuation systems will be rendered of no use. Hence, maintaining Circuit Integrity is very critical in case of a fire. Greater adoption and use of Fire Survival (FS) cables are critical to raising the safety standards for every structure.

Even though wires and cables can be considered as the arteries and veins of physical structures, they are often given little attention after they have been installed. Therefore, choosing the right quality of wires is important for making sure safety and long-term sustainability. For instance, there are cables that have low smoke emission during a fire, produce less toxic gases, and do not conduct the flame like a fuse. At the same time, they maintain circuit integrity for up to 3 hours at 950 degree C which keeps running all the fire safety and emergency equipment’s operational. Today, they are combined under the term- fire survival cables. In the event of a fire, they improve the chances of survival of people by providing the critical evacuation time and reduce health risks associated with the inhalation of smoke and hazardous gases.

India is a witness to some of the deadliest fires where faulty electrical wiring was observed to be a leading cause. In 2019, it was reported that every 5th fire-related death in the world took place in India. With our structural surroundings being vulnerable to such disastrous incidents, there is an urgent need to educate the ecosystem of building construction in the country and enforce the up gradation of the current set of electrical standards.

Also, a mechanism needs to be in place wherein third-party audit is conducted by regulatory bodies to ensure electrical protection, robust cabling, and strict adherence to law and standards.

In most cases, standard PVC cables are used in electrical installations that, during a fire, emit hazardous chemicals through the smoke that can be deadly for the ones inhaling it. The evolution of wires has been exactly like any other product that are upgraded for safer use. Usage of FS cables ensures very low to 0.5% of emission of toxic gases, withstanding intense fire for up to 3 hours, greater oxygen index, and visibility greater than 95 percent during fires as compared to 40% of FRLS cables.

Despite having such high endurance and lifesaving properties, one might wonder why FS cables are still not a standard practice in the industry. This is mainly due to lack of awareness among the contractors and builders’ community over the quality of wires and cables that are to be used during construction.

The emphasis on the usage of FS cables needs to find its place in the National Building Code. There is also a need for concerned regulatory bodies to step forward and ensure FS Cables are used for wiring of emergency fire systems.

Since fire outbreaks are volatile and uncertain, many of which stem out of faulty electrical installations, it is imperative for the country to come up with standard guidelines for explicitly ensuring that cables and wires of the safest quality should be used during construction, repairs, or replacements of electrical installations. This will be a remarkable step towards a safer future. 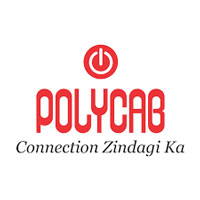 The synergy of technology excellence with quality perfection – Sure Safety