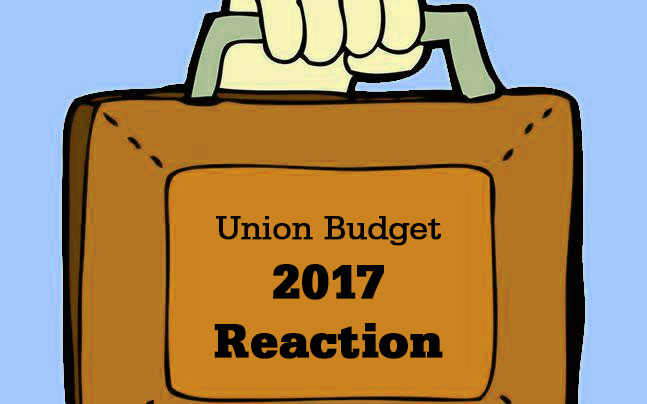 We support the Agenda of this year’s Budget 2017-18 – Transform, Energize & Clean (TEC India) presented by Finance minister Arun Jaitley .With the Government’s renewed focus on infrastructure, transportation and healthcare sectors, we see conducive growth for the security and surveillance industry. Axis Communications sees tremendous potential in India as a market for security solutions as the country is experiencing rapid economic growth and sectors like banking, IT, transportation, retail, healthcare including the Government, City Surveillance/Safe City & Critical Infrastructure where security is a key concern.

The Government’s announcement to allow eligible startups to avail their 3-year tax holiday in a block of 7 years as against the earlier 5 years is a useful one and should give further impetus to the Startup India initiative. Also, the intent to move towards a cashless economy and initiatives to strengthen the digital infrastructure augurs well for the ecosystem

With the Union Budget 2017-18, Government has continued to strengthen infrastructure sector which is a positive step towards transforming the nation. The emphasis on massive infrastructure development will give a further impetus to PM Modi’s smart cities mission and safe city initiatives in India. The Government’s focus improving railway services, infrastructure and amenities will also rationalise the country’s transportation architecture. We hope that the investment in the transport sector will also focus on execution of smart transportation solutions in India.

We welcome government’s push for financial inclusion through Aadhar enabled payment system which will be beneficial to citizens who do not have an access to banking system. This launch will ensure easy transactions for those without debit cards, mobile wallets or mobile phones. As we foresee India’s digital payment system growing, the government’s plan to allocate funds and benefits for UPI based payments and other digital payments is a boost to the digital economy of the country.  To demonstrate the significance of Information Technology among Government’s priorities, initiatives on cyber-security will also contribute towards boosting the digital economy. We hope that the government’s ongoing efforts to make India digital will contribute to the overall ease of doing payment transactions in India. Further, we are glad to be apprised of significant progress on GST and hope that new taxation system in turn will contribute to the ease of doing business in India.