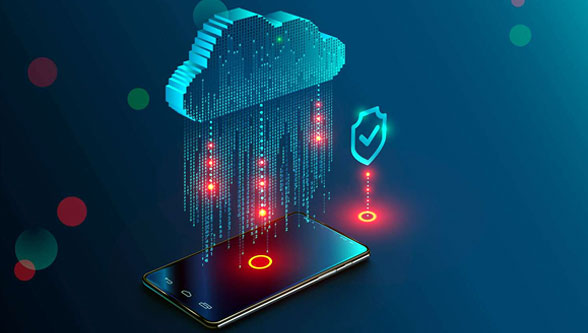 The advanced driver-assistance systems (ADAS) that are making today’s cars safer and enabling the emergence of autonomous vehicles are challenging the automotive electronics industry to achieve new levels of complexity, performance, and safety. The unique demands of these applications has led to the extensive use of complex ASICs that combine digital processing, analogue, RF, and power management functions in a single silicon die. As a result, critical safety features are managed on-chip.

While any non-entertainment automotive electronics are considered mission-critical, ADAS systems are an especially critical link in the safety chain. A typical ADAS element is responsible for integrating one or more computing elements with several base technologies (i.e. radar/LIDAR, GPS, and wireless communications) to produce actionable, virtually error-free information that enable a driver assist or autopilot system to operate with an extremely high degree of safety. In addition, they must be able to meet the auto industry’s stringent space, power, and cost constraints. To meet these challenges, many automotive OEMs and system manufacturers are using SoCs as the foundation of their ADAS systems and other complex automotive products.

Even before safety management is considered, the development of silicon chips that deliver enough processing power to run complex, multi-threaded embedded software is a considerable challenge unto itself. Adding the safety constrains to the development of these ASICs, SoCs that perform mission-critical driver assist or autopilot functions bring several more types of skills to what was already an interdisciplinary effort.

To produce systems for these applications, where, like human spaceflight, “failure is not an option,” designers and design managers must rethink and consider adopting new approaches to the hardware and software development methodologies they’ve relied on for many years.

For years, many aspects of automotive electronics were governed by IEC 61508, a multi-purpose document governing the design of safety-critical electronics in a wide range of applications. IEC 61508 has been complemented and, in many ways surpassed, by the automotive-application-specific International Standards Organization (ISO) 26262, introduced in 2011. The shift from IEC 61508 to ISO 26262 was a result of the automotive sector’s high production volumes and growing reliance on distributed development efforts that span multiple suppliers.

Originally broken into 10 parts, ISO 26262 was dedicated to covering the different aspects across the product life cycle: from concept onwards, with Part 5 dedicated to hardware development. Since its initial publishing, however, there were numerous critics from the electronics industry who were concerned that the standard did not properly address issues related to IC development and safety of the intended function (SOTIF) management.

In response, the ISO added Part 11 last year, which is dedicated to semiconductor development. The new section offers extensive guidance on how IC design must be interpreted within the ISO 26262 framework. Recently, ISO 26262 has been complemented with the standard ISO/PAS 21448. Published in 2019, the standard addresses SOTIF in depth, covering topics such as systems misuse from human errors.

Collectively, these two updates (along with years of learning and refinement), give the automotive industry a comprehensive set of standards to tackle electronic system safety, with most automakers stipulating their ECU tier-1 suppliers follow the ISO 26262 compliance for safety-relevant systems.

Status of ADAS and autonomous systems

Looking first at Level-1 systems, a 2017 analysis of 5,000 US accidents suggested ADAS technologies such as lane departure and blind spot warnings cut the rate of crashes by 11% and the rate of injury by 21%.

As for Level 2, yes there have been fatalities, but those five deaths need to be put into context. First of all, Tesla stipulates that the car is not qualified for hands-off operation and that the driver must be in a position that allows them to immediately assume physical control of the vehicle whenever its Autopilot is running. It’s also important to remember that, in November 2018, Tesla reported its Autopilot semi-self-driving technology had been engaged for 1 billion miles (1.6Bn km) and, during that time, there had been three fatalities – resulting in a remarkable 0.3 fatalities per 100 million miles.

In comparison, US human-driven vehicles produced 1.18 fatalities per 100 million miles in 2016. Similarly, in April of 2019 Tesla reported that during Q1 of 2019 their cars registered one accident per 2.87 million miles (4.59m km) when running Autopilot, versus one per 1.76 million miles (2.82m km) when driven without Autopilot…