Photoluminescent signs & their place in the safety segment in the country 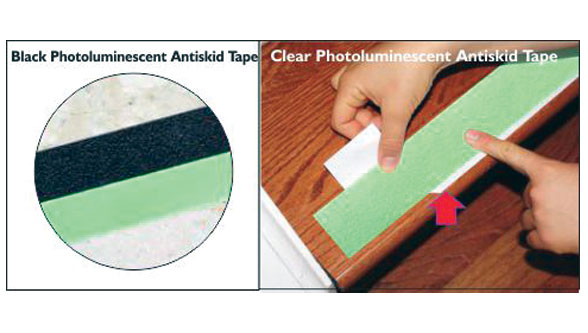 If little knowledge is to be deemed a dangerous thing then anybody who does not understand or know the purpose or utility of signage’s in the safety industry fully well, is certainly in danger and his ignorance may be putting others to risk as well.

When visibility is poor, anything that glows seems to be a blessing to those in darkness. The instinct is to run towards that lighted object. But a lighted object itself, like say a bulb, is incomplete insofar as safety of the concerned person or persons is not assured because any obstacles in the way may still be invisible. The possibility of people tripping over or colliding into objects and injuring themselves-even fatally- while running or even walking towards that light source is very much a possibility.

So why not pick up some basics on Photoluminescent signage’s and their purpose right here right now?

What are photoluminescent signs all about? And what is their role in the safety segment?

Luminous paints, as the name suggests, are coatings that emit light. Luminous paints are of two types, one wherein the paint glows after getting charged by a certain light source, such as sunlight, ultraviolet and others – this type contains non-radioactive elements, whereas the second type of luminous paints contain radioactive elements. Due to their long durability and strong intensity, luminous paints give booming opportunities for work areas with low light levels and are feasible replacements for sources that consume electric power or batteries.

It means that whatever happens, people can still use the fire safety signs to help them evacuate in a quick and safe manner.

You can also get paint with Photoluminescent properties, which makes it work in the same way. This could allow you paint lines down corridors that would lead people to a fire exit. Another possible use is to warn others of steps or to make a pillar stand out to stop people tripping over them at night.

So purchasing Photoluminescent fire safety signs allows you optimise safety without an extra cost. And they are still designed to be durable and hard-wearing, so they are ideal for use both indoors and out.

Exigency protocols as per NBC make it mandatory to have signage’s, Photoluminescent as also regular ones, to ensure safe and quick evacuation of people trapped in enclosed dark environments in cases of a fire, blast , blackout or similar situations where there is risk to life and limb and time is critical.

The building code is clear in that exigency protocols that include clutter free escape route, emergency lights, signage’s and path finding paraphernalia in fire situations are mandatory.
A must to ensure protection in conditions of poor visibility or darkness is the Photoluminescent or ‘glow’ sign/marker. Photoluminescence occurs when a material absorbs photons (light energy) and emits them when the light source is removed. This is commonly seen in ‘glow-in-the-dark’ objects such as children toys. When this is applied to safety signs it helps provide guidance in darkened conditions.

Speaking of signage’s and markers how many of us know that since the introduction of the Safety Signs and Signals Regulations in 1996 in Britain, there has been a downward trend in the number of fatal work-related injuries. In 1996 there were 0.9 fatal injuries per every 100,000 workers, in 2017 the figure is 0.4. Isn’t that a step worth emulating here in India?

Signs such as these have a lifespan of up to twenty-five years when used indoors, as they are maintenance free there is no need for costly regular testing regimes associated with ensuring the correct functionality of electrical signs.

In addition to their cost effectiveness, the eco-friendly signs help reduce the carbon footprint of businesses and corporations. Enterprises will have different requirements for their signage and some may choose to use electrical signage. However, having fire exit and hazard signs lit 24 hours a day, 365 days a year, they will contribute to the fuel costs of a company. A photoluminescent sign only needs a good source of light to work.